What kind of parent Insures Their Children?

I am an independent insurance broker and have been for 35 years. I love what I do – there is nothing better than helping parents provide a financial legacy for their children. With that said, until recently, I was very much the shoemaker whose children go shoeless. I have four children, all grown up now, and only in the past year have I actually gotten insurance for them, all because I was introduced to an amazing product.

As an insurance broker, I am required to take 30 hours every two years of continuing education. This allows me to learn about anything new in the industry, as well as any insurance plans I may not be representing. It was during a seminar that I was introduced to Child Plan™.

My initial thought was, really, who insures their children? Slightly morbid, right? This was so much more than what I had thought it was going to be. I walked into the seminar, and it was full. I settled in, and listened to the president of the company, Michael Lampel, and the reasons why he started the company.

He had learned of many problems families were facing either trying to get their money out of RESPs for their children’s education, or how much of their money had been eaten up with sales and management fees. Michael discussed how a participating whole-life insurance policy was an incredible plan for a child’s education, and indeed, for life. Tax-free dividends are received every year, right from the very beginning. There is no tax on the dividends, no tax on the growth within the policy, and no tax when a parent transfers it to their child.

This hit home with a huge bang— here I was, in the business, but didn’t have a plan for my own children! The worst part was the realization that if I had this policy in place for each of my children, my second daughter’s life would have been so incredibly different. She is the reason I have such passion for Child Plan™.

Alexandra (Alex for short) was born with a compromised immune system. By the age of two, she had been diagnosed with JRA (juvenile rheumatoid arthritis). At age 14, she was diagnosed with Graves disease. By 21, she had a nine pound tumour on her spleen, and three more tumours in it. At 25, she moved home due to yet another illness. She had to quit a job she loved in a city she called home because she could no longer work and support herself.

Alex had become a dependent again. Any child moving back home is a challenge, but one who is there out of need, not desire, is an even more difficult situation. Had Alex had a Child Plan™ in place, I would have happily given her the money that grew inside the policy so that she could have maintained her independence. She would have had a life insurance policy that she could have left as a legacy to her children.

When you have a baby, you assume the best: that they will be healthy, happy, and smart babies. Nothing will happen— they will go to school, become doctors and lawyers, make lots of money, and will live happily ever after. For the most part, that is what happens. We work towards saving for them, making sure they have the ability to become anything they want to be. My passion is to make parents aware of how they can save for their children easily. The Child Plan™ is the first step.

Facebook
Twitter
Pinterest
WhatsApp
Linkedin
ReddIt
Email
Tumblr
Telegram
Mix
VK
Digg
LINE
Viber
Previous article
How loud is too loud when listening to music or being in a noisy environment?
Next article
What is Thermography? 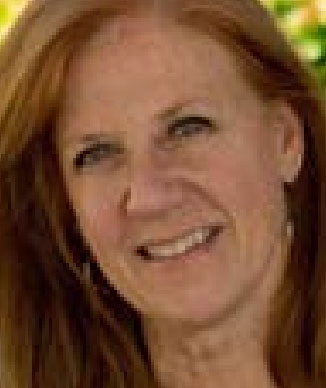 Jane Cotnamhttp://www.insuranceforchildren.ca
My passion is to make parents aware of how they can save for their children easily. The Child PlanTM is the first step. Insurance For Children tel: 416.642.4346