Stranded at Walmart with two small children. No, this is not the title of this summer’s blockbuster thriller, this is real life. It happened to me. Here is the story of how I survived.

After an hour of wandering the crowded store with our two young sons, we were done. My husband was done. The five-year-old was done. The 12-month-old was done. I was done. Like that marshmallow you hold in the flame so long it catches fire and turns a charred mess, we were all done (and far less gooey on the inside.) It was nearly bedtime, and we hadn’t yet done dinner. Walmart had sucked the life out of us like a reasonably-priced vampire.

I wrestled my octopus into his car seat, and supervised the self-buckling of the other one, while my husband started the car to get some heat flowing into the freezing vehicle.

“Why aren’t we going?” asked the six-year-old, unaware of how very little we wanted to answer questions right now.

“Just let us think for a second, Bud,” I interjected, sensing my husband’s blood pressure rising as he struggled to figure out what we were going to do.

“Let’s just sit here a minute, and try again.” My husband opted to first try the I.T. approach of turning it off and on again. I suspect this was mostly to allow himself a few extra minutes of denial.

My husband searched roadside support (bless you, smartphones) and confirmed someone would come to our rescue in about an hour. It was now past bedtime, and none of us had eaten. I had $10 in my pocket, and we couldn’t afford to spend any more.

At least we were trapped at Wal-Mart not John’s House of Suppositories. Surely I could find something for my children to eat and do for an hour at Wal-Mart for less than $10, even it was at the expense of my sanity.

McDonald’s cheeseburger, baby food pouches, a $5 Junior Novel, and 57 laps around Wal-Mart, and we had managed to survive the hour. I met my husband back at the car as help was arriving. It needed a part, there was nothing they could do onsite. It would be towed.

“Okay, so the car is being towed to the shop. He’s going to give us a ride home in the truck,” said my husband.

The tow truck driver shook his head at that. No car seats allowed, we were just going to have to squish together without restraints in the truck.

I refused. “I’m not putting my children in a vehicle without car seats. It’s not going to happen.”

My husband, now 17 feet past the end of his rope and in a free fall, snapped at me. “It’s just a short ride, just put them in and let’s go home.” It was now dark, well past bedtime, and he had no patience left to give.

“Fine.” Realizing I would not budge on this, he hopped into the tow truck and took off.

I watched the tow truck disappear into the darkness, dragging our car behind it. Two sets of little eyes looked up at me from the cart. Now what? It was one of those moments when you realize you’re the grown up in the situation, and this is on you. Crap.

The thought of getting on a bus with two children in the dark, at night, was frightening. Not just the logistics of it, I was now worried about our safety. While certainly safer than riding loose in a tow truck, night buses made me nervous.

We were new to the city and we didn’t really know anyone well enough to call for help. Not only that, I was still without car seats, so I needed someone both willing to help and with car seats suitable for a baby and five year old.

I did the only thing I could think of to do. I posted on Facebook. I belonged to an online local mom group, and a few of them were on my friends list. Despite not knowing any of them well, maybe one of them would take pity on me.

“I’m stuck at Wal-Mart with my two kids. Is anyone with car seats able to come get me?” Then I tagged anyone on my list in the same city as me. It was a long shot, but looking into the exhausted eyes of my kids told me I had to try it before loading them onto what would certainly be an hour’s bus ride.

What happened next took my breath away. The first message came from Molly, a mom I had chatted with about craft items. She was nursing her daughter and giving her husband baby instructions, then she’d be on her way.

The second message came from Leah, a mom I had spoken to a handful of times about nothing major. She was arranging her car seats.

The third message came from Adriana. I didn’t know Adriana at all. We had spoken once, briefly, and I had added her as a friend in an attempt to branch out socially in this new city of mine. Adriana did not wait for a response from me. She didn’t ask any questions. She simply messaged, “I will be there in five minutes.”

I thanked what had now become three others offering help for their kindness, sat down on the bench beside ceramic, life-sized Ronald McDonald, and sobbed. I was probably not the first to seek comfort in the company of the fast food icon, and certainly not the last, but there I sat weeping, in front of God, my children, and the people of Wal-Mart.

I cried because the stress of the situation had caught up with me. I cried because with the relief of a solution came release. But mostly, I cried because I was overwhelmed at the kindness shown to me by relative strangers, without thought or hesitation. They didn’t know me. They were enjoying quiet nights to themselves, having put their own children to bed. Yet, they dropped everything to immediately come to my aid.

True to her word, Adriana showed up within minutes. Forced to overcome my crippling shyness, I approached her, both of us awkwardly making sure we had the right person. Her wide, welcoming smile shutting down my profuse declarations of thanks and gratitude, she helped buckle my brood into her car seats. She put on a DVD for my shaken five year old, and offered to let him borrow it so he could finish it at home. He took to her immediately. So did I.

Sensing my social awkwardness, compounded by embarrassment, Adriana lead the conversation on the way home. I tried not to start crying again and make it weird. She dropped us off, made sure we got into the house okay, and drove off like she wasn’t a heroine. Like she hadn’t just permanently impacted my life.

It was the kids’ turn to melt down. By the time we walked through the door, 10:00 had rolled around, and they were beyond hope of a simple bedtime. My husband greeted us at the door, and while he talked down our tired to the point of giddy oldest child, I rocked and rocked and rocked the little one until his nerves calmed into sleep.

We sat on the couch quietly for a while. My husband apologized for being short with me and told me I was right for not putting the kids in the truck unrestrained. He admitted he had let the frustration of the situation get the better of him. I understood. After all, I had wept with a ceramic clown that night.

Being stuck at Wal-Mart for a few hours is hardly a life crisis. In retrospect, it was little more than a brief inconvenience. We were never in danger, and there are far worse places to have a car break down. But in that moment, I had felt helpless and lost. The drive to protect your children amplifies the urgency of a situation, as does the feeling of isolation.

Adriana didn’t donate a kidney to me. She didn’t fly halfway around the world and free me from a hostage situation. Simplified, she swung a few minutes out of her way on the way home from the gym. But her willingness to come to the rescue of someone she barely knew, without blinking, will stay with me forever. She showed me that I have people in my corner. That we all do. That kindness wins, and that people are good. With her one simple act, she changed me and the way I live my life.

In the years since, I have become good friends with Molly, and Leah, and Adriana, and countless others in this amazing community. They have helped see me through far bigger struggles, and I have helped them navigate theirs. But to this day, I remain certain that it all started when Adriana extended her hand. 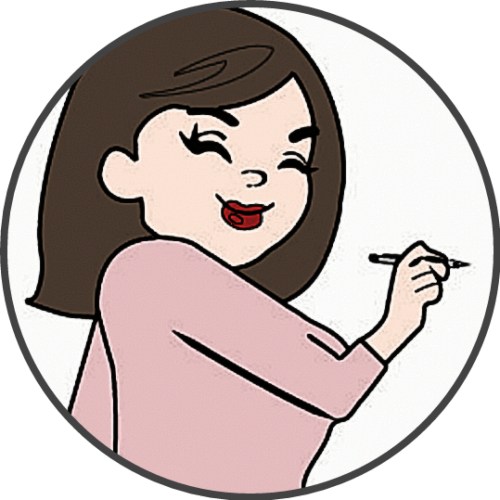 WHAT A START TO A DECADE