FORGIVENESS: IT’S GOOD FOR YOUR HEALTH!

“Forgiveness” tends to be a word that evokes a knee-jerk reaction- often a negative one. When encouraged to forgive someone who has hurt us, we often balk at the thought, preferring to remain angry and bitter. “Forgive them? What?! Not a chance!”

What forgiveness is not: It’s often helpful to define what something is by discerning what it is not. In this case, we may believe myths about forgiveness that impede us from a willingness to forgive. First of all, forgiveness is not a feeling (if we wait until we feel like it, it likely won’t happen because we feel hurt). Nor is forgiveness pretending the offense didn’t happen or that you weren’t hurt, and it’s definitely not condoning what was done. Forgiving someone doesn’t excuse what was done or let the person “off the hook”; it doesn’t relieve them of taking responsibility for what they did. True forgiveness is not conditional, and it’s not something that is done only if the other person repents, changes, or does something to make it up to you. And very importantly, forgiveness does not mean that you automatically trust the other person or have a close relationship with them. Forgiveness can be given, but trust must be earned.

Why forgiving is good for you, and those around you: Here’s why it’s so critical to the injured party to forgive: although forgiveness is a display of altruism through offering mercy and grace, it actually provides many benefits for the forgiver. Forgiveness is associated with better mental health, including lower levels of anxiety and depression. It also buffers against the effects of other forms of stress; in people who forgive, other stress doesn’t seem to negatively affect their mental health. Forgiving can help improving self-esteem, since it is strong and empowering-whereas, when we hold onto past conflicts, we seem to end up disliking ourselves. Forgiving people also experience fewer physical health problems and lower mortality rates. This all seems to happen through stress relief. Forgiveness facilitates letting go of interpersonal stressors that weigh us down and contribute to poor mental and physical health. Further, forgiveness helps dissipate the deep and long-lasting anger which fuels resentment and hostility and is linked to physical health problems, such as heart disease. Lastly, forgiveness improves the health of our relationships, increases the chances that the offender will forgive in the future, and models positive interpersonal functioning to the next generation. Namely, forgiveness breeds forgiveness.

How to forgive: The awesome news is that the research shows that virtually everyone can learn how to forgive! The process generally involves recalling the hurt (revisiting the past to acknowledge the hurt and understand its impact on the present), developing empathy for the offender, actually forgiving (often through humble recognition that we have been forgiven in the past), and holding onto the decision to forgive. Practicing religious faith also assists people with forgiving (for example, grace-based religion puts others’ offenses into the context of everyone having undeserved access to God’s forgiveness) and, for religious people, prayer for the offending person can facilitate forgiveness. Don’t give up on the process too soon; it can take varying levels of effort and lengths of time to forgive, and professional support with the process from a psychologist, psychotherapist and/or clergy may help. Clearly the rewards are worth it, so… happy forgiving! 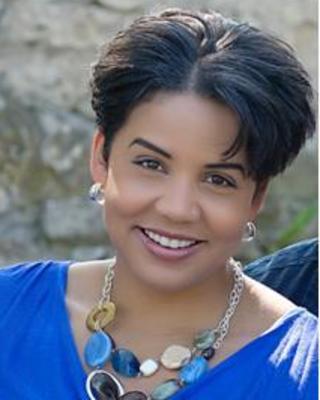 Dr. Kerris del Rosariohttp://www.delrosariopsych.com
Dr. Kerris del Rosario is the founder and director of the del Rosario Group. Dr. Kerris is a clinical psychologist certified with the College of Psychologists of Ontario (CPO) in the areas of Clinical and Counselling Psychology (both assessment and treatment) for Adults, Couples, Adolescents and Children. Address: 450 Bronte Street South, Suite 202, L9T 8T2 Phone: +1(519)-498-9962 Email: admin@delRosarioPsych.com Web: http://www.delRosarioPsych.com

TEACHING YOUR CHILD how to resolve conflict